The Blackwater, Barrow, Nore and Suir are some of the rivers in Co. Waterford. They support a diverse range of habitats, from the fens, reedswamps, and wet heath to the wet woodlands along their banks. As wetlands are relatively few in Waterford in comparison to other counties, those that are present are of high conservation value. 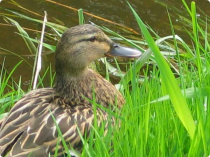 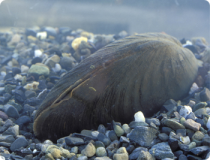 The wet alluvial woodlands along the Lower Suir near Fiddown and on Blackwater near Cappoquin are the best examples of the habitat in Waterford. White Willow, Grey Willow, Crack Willow and Almond Willow are typical species. As well as the wet woodlands, a small yew woodland, rare in Ireland, is located along the Blackwater near Dromana.

The Barrow, the Nore and the Suir are known as the ‘Three Sister Rivers’. A number of species listed on the EU Habitats Directive occupy the rivers, e.g. River Lamprey, Sea Lamprey, Brook Lamprey, Atlantic Salmon, otter, and Freashwater Pearl Mussel.

The Three Sister Rivers enter the sea at Waterford Harbour. The estuary of the Three Sister Rivers provides a large natural habitat for wildlife, and includes areas of intertidal mudflats, low cliffs, marsh and a large reedbed. This area of reed and marsh supports large populations of waterbirds such as mallard and snipe. Numerous Red Data Species have also been recorded at the estuary. Examples include Killarney Fern, Basil Thyme, Wild Sage, Bird Cherry and Fly Orchid.