Coillte controls 19,560 hectares of land in Waterford. About 86% is under conifer plantation, but other types of woodland include broadleaf woodland and oak woodland. The woodlands controlled by Coillte in Waterford include Colligan, Dromana, Faithlegg, Glenshelane and Kilclooney.

Colligan is a mixed woodland of conifers and broadleaves that extends through the glen of the River Colligan. Part of it has been identified under Coillte Continuous Cover Forest policy (CCF). Oak, ash, beech, birch, Japanese Larch and maple are among the most common species. The area is also associated with the famous race-dog Master M’Grath.

Leaves of a Beech Tree - 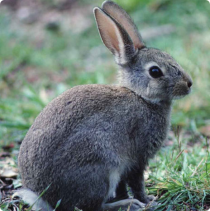 Dromana woodland is situated along the banks of the River Blackwater, while Faithlegg overlooks the Three Sister Rivers to the north and Waterford City to the south. Faithlegg is mainly a conifer woodland with Douglas Fir, Japanese Larch, Sitka Spruce and beech the main species. Typical woodland animals are present: fox, Red Squirrel, rabbit, stoat, badger, and many bird species. Gelnshelane lies close to Cappoquin and is a mixed woodland of conifers and broadleaves. The Glenshelane River eventually joins the Blackwater near Cappoquin. Kilclooney Wood is mainly coniferous and is situated on the lower slopes of the Comeragh Mountains. 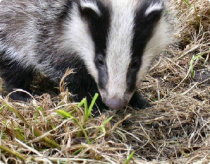 Broadleaf woodland is best represented in the Nier Valley. This habitat consists of six woodlands that were once joined up but have been separated due to afforestation. Some tracts of hedgerows between the woodlands provide an ecological corridor for the woodland animals. There are many native tree species in the Nier Valley including birch, oak, hazel, rowan and holly. The Red Data Book species of badger and Natterer’s Bat are both present in the woodland. Other members of the fauna community recorded include Red Squirrel, stoat, Long-eared Owl, pheasant and Fallow Deer.

In the Lismore and Glenmore Valleys there is a good oak woodland community that is typical of the upland type. Species of trees include oak, rowan and Downey Birch, while Wood Sorrel, bluebell and bilberry dominate the woodland floor.