The amount of carbon in the atmosphere depends substantially on natural cycles of absorption and release by the plants of land and ocean. These take up CO2 in photosynthesis and release it in respiration. When land plants are drawn into the soil on decay or by earthworms, this stores their carbon, releasing it again over time. When the ocean’s plant plankton (phytoplankton) dies, much of its carbon sinks to the seabed, there to be locked away in sediment. 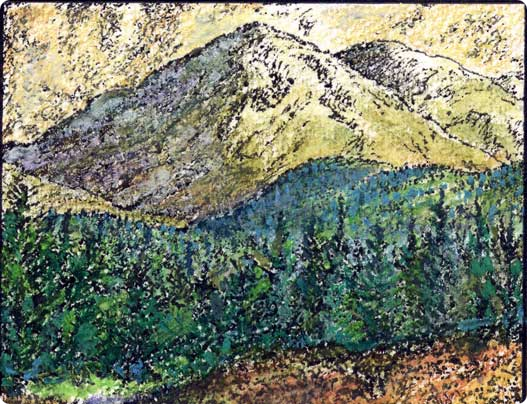 Where the uptake of carbon is greater than the loss through respiration, the balance of storage is known as a ‘carbon sink’. In undisturbed forest, for example, three-quarters of the carbon is stored in tree trunks and branches and the rest in roots and soils. Harvesting and use of the trees bring a slow release of CO2, but planting replacements immediately after felling helps to minimise it. It has been estimated that the Irish forests have accumulated some 80 million tonnes of CO2. 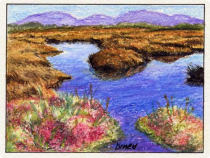 Peatlands in Ireland are an important habitat for a host of wildlife and plants. The plants that grow in peatland areas are well suited to the waterlogged and acidic conditions of the peatlands.

Peatlands in Ireland are an important habitat for a host of wildlife and plants. The plants that grow in peatland areas are well suited to the waterlogged and acidic conditions of the peatlands.

The storage potential of Ireland’s peatlands and grasslands was examined in CelticFlux, a study led by University College, Cork. Peatland’s absorption is far less than a forest’s and it varies with the weather. But it has gone on for most of 10,000 years, folding dead mosses and grasses into peat that is more than half carbon. Destruction of peatlands releases CO2, and most of Ireland’s bogs have already been disturbed in some way. The predicted climate changes will not help: by interrupting supplies of moisture and lowering water tables, they make it likely that the great blanket bogs of the Irish hills will become sources, rather than sinks, for CO2.

Agriculture gives off 35% of Ireland’s greenhouse gases, including methane from cattle and sheep, and nitrous oxide from fertilisers and slurry spreading. But grasslands do offer a substantial uptake of CO2 - and would promise even better with different management. Among suggestions in the CelticFlux study are changes in the timing of silage-cutting and a wider use of clover to reduce the need for artificial nitrogen.

Forestry, farming and disturbance of peatland are all human interactions with nature - as is the outpouring of man-made CO2 itself. The management of Irish land becomes part of the global response to climate change. The detail of things to come will continue to be uncertain. It depends on devising computer models of huge atmospheric and physical complexities, and of the various scenarios emerging from what people and governments decide to do. The predictions for Ireland show the great variability of the impact of warming, even between one side of the island and the other. Nature’s own responses are among the least certain of all.

Previous - Ireland and the Global Carbon Story
Next - Conclusion