There are lots of major oil and gas fields around the world. In fact, almost one fifth of all the oil and gas in the world comes from under the sea. Most people around the world depend on oil or coal to make electricity. They are also used in factories to help produce goods e.g. goods made from plastic, and textiles. 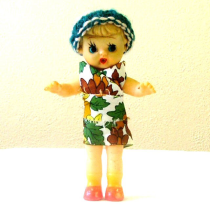 This hat is was made using plastic

This hat is was made using plastic

The very first offshore oil well in the world was sunk off the coast of California, USA , in 1896. Most of today’s oil and gas is found along the coasts of the USA, Middle East, Central and South America, Africa and the North Sea.

The first gas field that was discovered in Ireland was in 1973 at Kinsale Head, off the south coast. Most of the Irish gas comes from the south coast, but no oil has been found there. Ireland has only drilled less than 200 wells to search for gas, while Britain has drilled about 4,000 wells!

In 1996, a big natural gas field was discovered off the west coast of Ireland. It’s called the Corrib Gas Field and there are plans to start drilling for the gas soon.

How do oil and gas form?

How do oil and gas form?