The food eaten by the early Irish people changed very little from the time when farming began until the arrival of the potato from America in the 1600s.


The main parts of the early Irish diet were milk and cereals. Butter, buttermilk and cheeses also were very popular. People also ate fish and meat. Until the Normans arrived in Ireland around 1169 cows were too expensive to be killed for meat. People preferred to eat the meat from pigs.

Long ago food was cooked in a pit in the ground. It was called a Fulacht Fia. 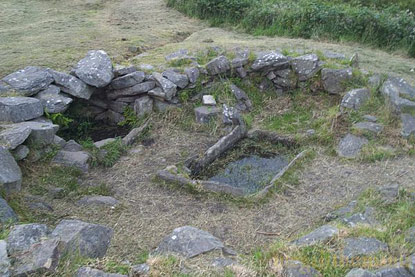 The pit was full of water. Stones were heated in a fire and then placed in the water to make it hot. Food such as meat could then be cooked in the hot water.