The scots pine is an evergreen coniferous tree. You’ve already read about evergreen trees and know that they keep their leaves all year round, but do you know what a coniferous tree is? If a tree is coniferous, it means that it is cone-bearing. Have you ever collected cones at Christmas-time to put them on the Christmas tree? 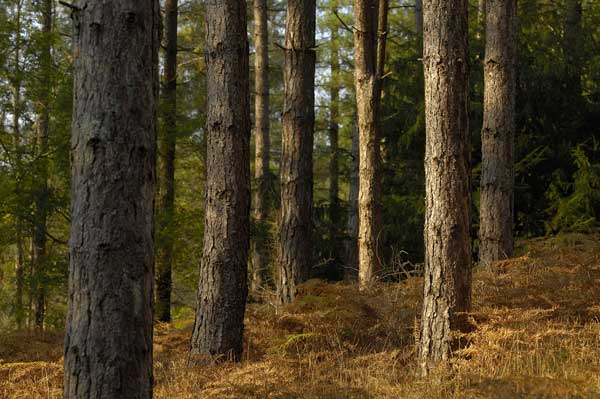 The scots pine has a long, straight trunk with a thick, scaly bark. The bark is grey-brown in colour on the lower trunk and changes to a thin, flaky orange colour near the top.

The shoots of the scots pine's leaves grow in a spiral, or circular, pattern flat against the stem. They look just like the scales of a small reptile, but when they grow into full leaves they appear as silver-green needles.

Be careful if you’re playing around a scots pine as these needles can be quite prickly to touch! 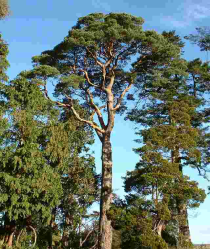 The flowers of the scots pine appear in May. Have you ever seen a scots pine during the summer? Can you remember what colour the flowers were? Yellow and red!

It is the red female flowers that eventually form the cone, making a protective shell for the seeds.

Did you know that the scots pine is the national tree of Scotland, and that it is now the only place in Britain that it grows naturally? It can live for up to 200 years, although the oldest on record is in Sweden and is estimated to be about 700 years old.