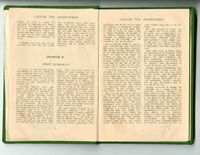 An excerpt from 'The Life and Adventures of Collier, Highwayman'.

An excerpt from 'The Life and Adventures of Collier, Highwayman'.

Michael Collier was born in Louth in 1780. He grew up to become a notorious highwayman who terrorised travellers in North County Dublin and surrounding areas. The busy coach road between Dublin and Belfast provided rich pickings for the wily thief.

One of Collier's first robberies took place near the Naul when, together with a band of accomplices, he held up the Dublin Mail coach. The coach was stopped and a voice called out, 'Deliver to Collier!'. The ladies on the coach began to panic but Collier reassured them they would come to no harm as long as they handed over all their money. He generously allowed them to keep their jewellery. 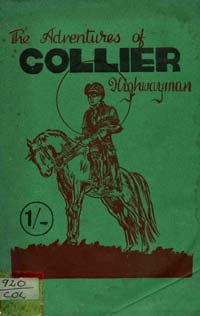 Cover of a Book on Michael Collier

Cover of 'The Life and Adventures of Collier, Highwayman'.

Cover of a Book on Michael Collier

Cover of 'The Life and Adventures of Collier, Highwayman'.

When the police were informed that a robbery had taken place, they set out on a search for Collier and his gang. They spent two days searching the bog in Garristown, under the false impression that Collier and his men were hiding there. However, Collier had bribed someone to give false information to the police. He and his gang were miles from Garristown.

After many years of hold ups and robberies, Collier was caught and put on trial. His sentence was transportation to the West Indies. In those days, transportation was like a death sentence, as few who were transported ever made the long journey home again. However, Collier made his way back to Ireland and turned his back on his criminal past. He became a publican for a short while, but soon lost all he had through gambling. He died in 1849, poor and forgotten.