When Charles I became King of England and Ireland in 1625, he rewarded his English friends by granting them ownership of large tracts of land in Ireland, which he confiscated from the native owners.

One of the people who benefited was a man named Aungier. King Charles I granted him land in Longford. When he arrived in Longford to take possession of his newly acquired lands, he met opposition from the native chieftains. In order to protect himself from attacks he built a castle in Longford Town in 1627. 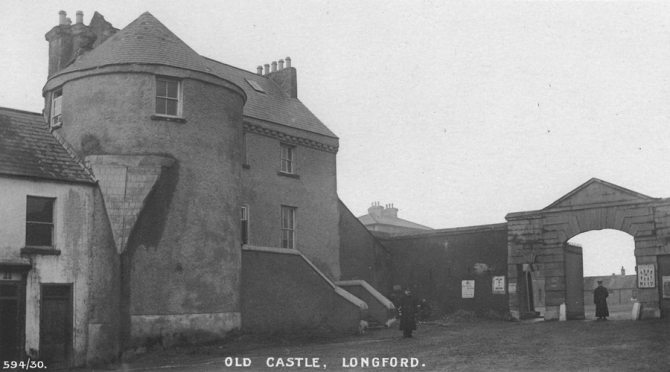 Many battles were fought in the vicinity of the castle. The most important battle took place in 1641 and was known as the Longford Rebellion.

The castle fell into ruins and was demolished in 1972.