We call the Iron Age the time when people began to use iron tools and weapons. This began in about 500 BC. Iron tools were much stronger than bronze. The people who first used iron tools are known as the Celts. 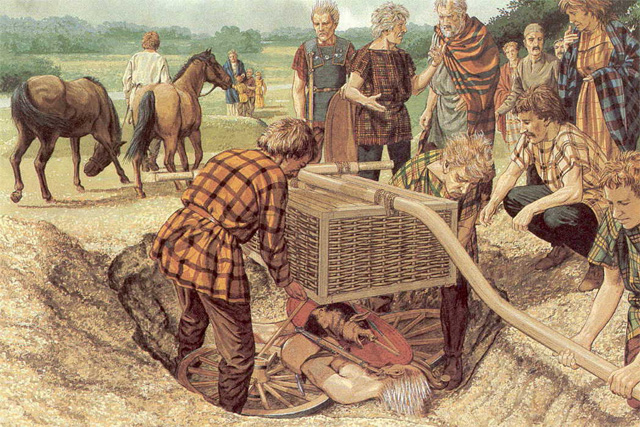 The Celts were a group of people from the mainland of Europe. It is not exactly clear when the Celts first came to Ireland as they did not leave written records, however many historians think they came sometime about 300 BC. They settled all around the part of the world that we now call Europe. From about 450 BC to 250 BC, the Celts were the most powerful group in the area of Europe.

The Celts were fierce warriors and they often fought against other powerful groups such as the Romans. They brought many changes to Ireland as they knew how to make both weapons and tools from iron. Iron weapons were much stronger than bronze weapons and so the Celts could defeat other peoples they encountered in Ireland. Despite the many changes the Celts made, they left the existing ancient stone monuments in place.

As iron was introduced to Ireland at this time, we call this period the Iron Age.