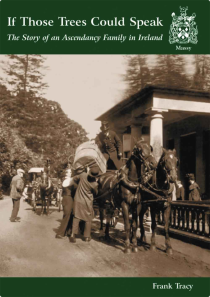 Patrick (Paddy) Healy who died on 11th December 2000 was a well noted field archaeologist whose name was and is well known to everyone interested in the history and antiquities of Dublin and its hinterland. South Dublin County Council through the Local Studies Section of the County Library is extremely grateful to have been granted access, in 2003, by Patrick’s brother Peter to many of his unpublished manuscript local histories of the greater Dublin area. They contain the insightful comments of a meticulous archaeologist who had researched the areas, walked the routes and observed the sites about which he wrote.

Published in 2005, Rathfarnham Roads was the second book published by South Dublin Libraries, taken from the manuscripts of Patrick Healy. It is written in an informal style, and illustrated with many of Paddy’s photographs, taking the reader on a journey along the roads and hills around Rathfarnham. It is a masterful way of presenting local history as it makes it very easy to visualize locations and features.

Previous - Healy: Glenasmole Roads
Next - Joyce: The Neighbourhood of Dublin