Tracy: If Those Trees Could Speak 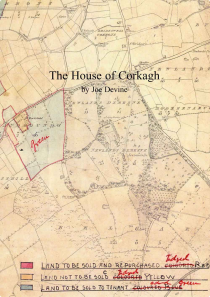 South Dublin County is fortunate to have the wonderful natural resource that is Lord Massy’s Woods in Killakee, within its boundaries. It’s a popular place for a Sunday afternoon walk, but most will not know of the sad tale of the “penniless peer” and of the descent of the ascendency family associated with Killakee.

Hugh Massy arrived in Ireland in 1641 as a captain of cavalry send by King Charles I to suppress an outbreak of rebellion. He was subsequently rewarded with extensive landholdings at Duntrileague in County Limerick. His family prospered in Ireland and by 1880 they had amassed landholdings of over thirty thousand acres, including the beautiful estate of Killakee in Rathfarnham. In the early 20th century, however, the family fortunes declined dramatically and in 1924 Hugh Hamon, 8th Baron Massy, was evicted from Killakee House. He spent the remaining thirty four years of his life living in a three-roomed gate lodge at Killakee, dependant on his wife’s income. This book traces the family’s history from Normandy in the 11th century to the present day.

For the Sunday woodland walker or the serious historian, this book tells the story of the rise and decline of an ascendancy family. Frank Tracy has thoroughly researched the Massy family and tells their story in a lively, sympathetic way. Photographs of a former age, drawn mainly from the Guinness family collection enhance the telling of the story.

Previous - Statistical Survey of the County Dublin
Next - Whelan: The Battle of Jadotville