While the lake itself has much to share with us in terms of ancient history a comprehensive archaeological analysis has not been completed due to the many changes in the levels of the water in the lake since the time of the High Kings of Ireland, however, studies that have taken place have uncovered certain things that are both interesting and in some cases inexplicable.

From studies of the lakes settlement systems that took place in 1991 and 1992 there was found to be a pattern of a crannog at three locations on the lake. This combination of a crannog in the lake and a ringfort on the shore suggests the wealth of the settlers who lived there and also shows us the control they had over both land and water. The locations of these settlements were at Cro Inis, Goose Island and Cherry Island. The settlement pattern of ringfort and crannog is a feature of Lough Ennell. Crannogs are habitations constructed on articicial islands in lakes or less commonly on rivers.

During 1989 a detailed survey of Cro Inis was undertaken by the Crannog Archaeology Project. This revealed a rocky island surrounded near the water-line by a palisade of birch timbers. Dates obtained from the palisades at Cro Inis indicate that it had been erected during the first quarter of the 12th century A.D. 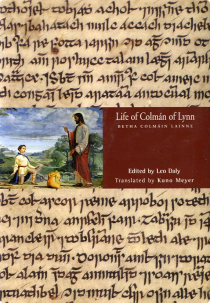 According to the life of Colman of Lynn during the 12th century there was a monastery at the north end of Lough Ennell. The Lynn monastery was build near the entry point of the River Brosna

Little remains of the monastery except a cemetery. Near the site of the monastery were two crannogs Schoolboy Island and Rushy Island which have now become part of the shore. It is from the vicinity of these two islands that significant finds were made. In the water off Schoolboy Island two early Christian iron handballs were found while Viking Silver was discovered on Rushy Island. At the southern end of the lake six silver hoards were found. One included an eight-century silver bossed penannular brooch and a number of other finds. The Lough Ennell finds were dated to the ninth or tenth centuries.

The study of the settlement systems of Lough Ennell also uncovered a large amount of rock platforms in the northwestern sector of the lake. Rock platforms are usually low, flat and small in size composed of packed limestone rocks in either an oval or circular pattern. There are three such platforms between Rushy and Lyons Islands and nine more on the shore west of Lyons Island. In relation to the previously described settlements around the lake the location of these platforms is unusual. Surveys conducted by other's have uncovered that most platforms are found in close proximity to crannogs or enhanced islands. In this case the rock platforms are isolated from any habitation site and were probably hunting and fishing platforms. Little is known of the purpose of nine further platforms but those that are located close to recorded dwellings are likely to have had specific functions for the inhabitants.