Charles Stewart Parnell was born into a 'Big House' in Avondale, Co. Wicklow. The son of a landlord, and a landlord himself, Parnell was nevertheless an advanced nationalist and at the forefront of the campaign for home rule for Ireland.

Parnell became a Member of Parliament, representing Meath, in 1875. There he became well-known as a supporter of the Home Rule party, due to his practice of impeding the business of the House of Commons. This practice became known as obstruction, and was successful in highlighting the party's main aim, which was for Irish Home Rule.

Shortly after this Parnell became President of the newly established Land League. The Land League was set up by Michael Davitt in 1879. They attempted to help tenants by agitating for the famous "Three F's": Fair Rent, Fixity of Tenure and Freedom of Sale, ie: that each tenant should have an affordable rent, that they should be protected from eviction, and that they could sell their interest in the holding if they wished to do so. 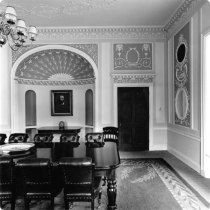 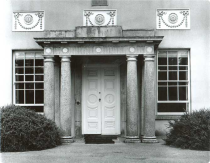 After the outbreak of a Land War, which took place between 1879 and 1881, the British Prime Minister, William Gladstone, granted the Three F's, and introduced dual ownership, which allowed tenants, as well as landlords, to have a share in the land.

Parnell was jailed in 1881, until he agreed with Gladstone to end the Land War, in return for improvements to the Land Act. As Parnell was in prison in Kilmainham Jail, the agreement was called the Kilmainham Treaty. Resulting from the work of Davitt and Parnell, these improvements led to significant change in land ownership over the following thirty years, which helped to improve the lives of the tenants.

Following this, Parnell returned to the question of Home Rule, having become leader of the Home Rule Party in 1880. Under his leadership the party won 86 seats in the general election of 1885, and was regarded as efficient and well organised. In 1886 Parnell convinced the Prime Minister to table a 'Home Rule Bill', however the bill, which would have allowed for a degree of Irish self-government, was defeated.

In 1887 a case brought against Parnell by the London paper, The Times, collapsed, when it was discovered that the accusation was based upon papers which had been forged by Richard Piggott. Parnell's name was in the courts again soon after: his relationship with Katherine O'Shea, wife of Captain William O'Shea, became public knowledge when Katherine asked the courts for a divorce from her husband.

This resulted in widespread criticism of Parnell. Following public condemnation by members of the Catholic Church, British politicians, the Prime Minister and even members of his own party, Parnell was removed as leader of the party. He married Katherine O'Shea in June 1891, but died only three months later, on October 6 1891.