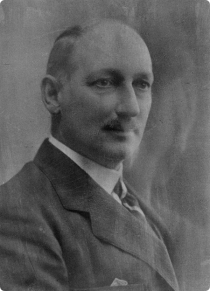 C.K. Howard-Bury was born in London in 1881, the son of Captain Kenneth Howard and Irish heiress Lady Emily Bury. Upon their marriage they adopted the name of Howard-Bury and settled at Charleville Castle, Tullamore. Charles Howard-Bury was educated privately at Charleville and later at Eton, and then the Royal Military College at Sandhurst, where he graduated as a Captain in 1904. He served with his regiment in India prior to World War I. He wrote many early travel diaries of his experiences during the early 1900's. He was a seasoned explorer, having done a tour of the Tian Shan Mountains in 1913.

During World War I he saw active service at Arras, the Somme, Passchendale and Ypres, where he was taken prisoner by the German:  he was a P.O.W until his release in 1919.

Col. Howard-Bury was subsequently asked by the Royal Geographic Society to lead an expedition to Mount Everest in 1921. In 1922 his magnum opus "Mount Everest: the Reconnaissance" was published. By 1924 he had retired as a mountaineer and became a parliamentarian serving as Conservative MP for Chelmsford, until his resignation in 1931. In the same year, he inherited the ancestral home at Charleville on the death of his mother. In the post-war period Howard Bury restored Belvedere House and Gardens. Upon his death in 1963 the Belvedere estate was inherited by his friend and companion Rex Beaumont.

Photo of the Everest Expedition, 1921