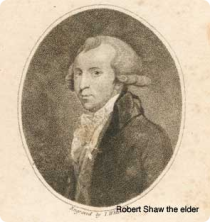 The Shaw family of Bushy Park, Terenure, was a very important and prominent family in Dublin's financial and civic life. Bushy Park House and Estate was the family home from 1796 until its sale to Dublin Corporation in 1953. The estate included lands in Terenure, Kimmage, Crumlin, Roundtown, Dublin city and the Parish of Rathfarnham, which, unlike today, were mostly farmlands in the nineteenth century. The estate lands were managed effectively and parts were leased to tenants to generate income, which in turn was used to maintain the family house. 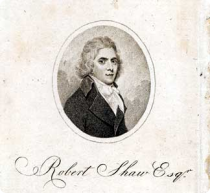 The Shaw family moved to Dublin in the eighteenth century. Robert Shaw (Senior) prospered as a merchant and became Accountant General of the Post Office. His son, Robert Shaw, became a well-known figure in nineteenth century Dublin. He became a member of the Guild of Merchants at the age of 21 and was elected as their representative to the Dublin City Assembly (forerunner of the present day City Council). He was one of Dublin's foremost financial experts, with his own bank, Robert Shaw and Son, at Foster Place. He was a Member of Parliament for New Ross and Dublin from 1804 to 1826 and, in deference to his position, he was conferred with a Baronetcy on August 17th 1821, during King George IV's visit to Dublin. He played a prominent role in the creation of the Royal Bank of Ireland, was an active Guild member and was elected Lord Mayor of Dublin in 1815.

Terenure House was a two storey 18th century house, originally the seat of the Deane family.

Terenure House was a two storey 18th century house, originally the seat of the Deane family.

© Ireland Illustrated 1833 (From the Dublin and Irish Collections)
Enlarge image

In 1796, at the age of 22, Sir Robert married Maria, daughter and heiress of the neighbouring family, the Wilkinsons. His bride brought a substantial dowry and the 110 acre estate of Bushy Park to the marriage. In 1806, Sir Robert sold his family home, Terenure House, and Bushy Park House became the family home and seat for the Shaw family. On his death in 1848 Sir Robert was succeeded by his son Lieutenant Colonel Robert Shaw. His son Frederick Shaw was Tory M.P. for Dublin City and University of Dublin from 1830 to 1848, and Recorder of Dublin from 1828 until his death in 1876.

Previous - The Shaws of Dublin
Next - Bushy Park House and Estate