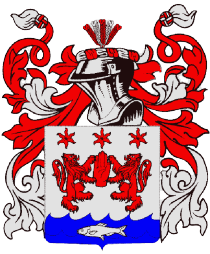 Catherine Magennis (O'Neill's 4th wife, died in Naples, March 1619)
Hugh Baron of Dungannon (O'Neill's son. Died aged 24 in Rome 1609. Buried in San Pietro in Montorio)
John (O'Neill's second son. Left in Belgium and became a Page at the court of the Archduke and later Colonel of the Irish Regiment. After O'Neill's death in 1616 King Philip III of Spain gave him title of Earl of Tyrone. Killed in Battle near Barcelona in 1641.)
Brian (O'Neill's youngest son. Educated at Louvain. At the age of 13 he was found dead in his room in Brussels in Aug 1617 and an English agent was suspected of his murder.)

4 O'Hagan's including John 'O'Punty' O'Hagan
2 Quinns
6 Clerical students,
5 Priests including Patrick O'Loughran who was arrested in Cork on his return and hanged in Dublin.
1 Teacher
1 Nurse
several attendants

Fr Patrick Duffy and about 8 servants