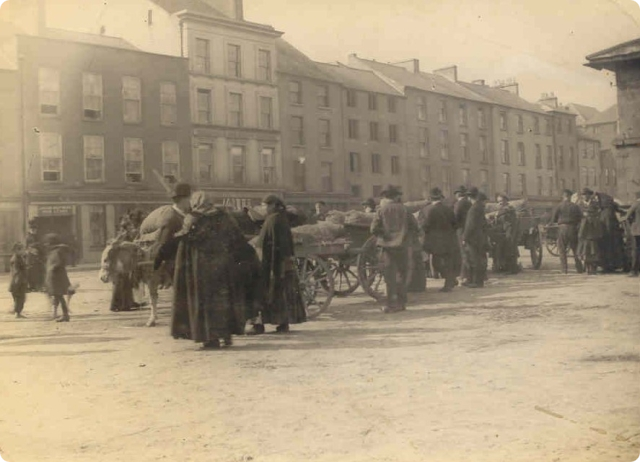 Fairs and outdoor markets were once a very common feature of Irish towns and cities. Waterford city was similar to many other Irish urban centres in this regard. The Fair Day was an integral part of life for City dwellers ever since the year 1204 when a nine day Fair was granted to Waterford by King John-'to be held on Lammas Day and eight days following'

Outdoor markets also played an important role in the commercial life of the city. Rural dwellers came to town to sell their produce to the city folk. Fairs and markets brought together people from different social backgrounds and played an important part in the development of both urban and rural society.

Previous - Demise of the Pawn Shop
Next - Ballybricken Fair