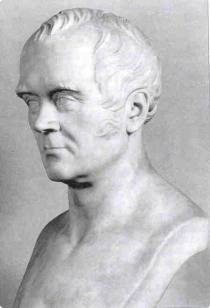 Alexander Nimmo was born in Fife, Scotland, in 1783. He moved to Ireland and worked for the Irish Bogs Commission and later the Irish Fisheries Board.

Alexander Nimmo was born in Fife, Scotland, in 1783. He moved to Ireland and worked for the Irish Bogs Commission and later the Irish Fisheries Board.

Alexander Nimmo, civil engineer, was  the son of a watchmaker. He was probably born in Cupar, Fife, but as a child moved to nearby Kirkcaldy.

He was educated in Kirkcaldy, possibly at the grammar school. Then, from 1797 he attended Latin, Greek, mathematics, logic, ethics and natural philosophy classes at St Andrew's University, and in 1799-1800 physics, ethics and mathematics classes at Edinburgh University. He then became a tutor and teacher.

In summer 1811, Nimmo resigned his teaching post as Rector (headmaster) of Inverness Royal Academy, and was employed on the recommendation of Thomas Telford by the commission on the practicability of draining and cultivating the bogs in Ireland.

About this time, almost certainly at Telford's instigation, Nimmo wrote valuable original articles for The Edinburgh Encyclopaedia on 'Boscovitch's theory', the theory of bridges, the theory of carpentry, and 'Draining', all first published in 1812-13 and later, part of 'Navigation, inland', published in 1821. Throughout 1811, 1812, and 1813 Nimmo worked intensively for the Irish Bogs Commission, and his admirable series of maps and reports on draining and cultivating bogs in Roscommon, Co. Kerry, Cork, and Galway, covering close on 2000 square miles, were published in 1814 in the commissioners' fourth report. His proposals included canals, river navigation improvements, and roads.

In 1814-15 Nimmo made proposals for a harbour near Dunmore, Waterford, and for improving the river and harbour of Cork. He became engineer for extensive works at Dunmore harbour and from 1820 onwards was employed by the Irish Fisheries Board to make surveys of the coast and harbours of Ireland and their internal communication, and to build various harbours and piers.

In 1822 Nimmo was also appointed engineer for improving the western district of Ireland, mainly Connemara. Upwards of thirty piers or harbours were built under his direction on the Irish coast, and a bridge and docks at Limerick were designed by him. His most important bridge was the elliptical five-arch masonry Wellesley (now Sarsfield) Bridge over the Shannon at Limerick, constructed 1824-35.

From about 1823 Nimmo practised increasingly in north-west England as a consulting engineer. Although business occupied much of his time, Nimmo also made contributions to practical astronomy, chemistry, and geology. He was elected a fellow of the Royal Society of Edinburgh in 1811, a member of the Royal Irish Academy (to whom he contributed a paper relating geology and navigation) in 1818, and a member of the Institution of Civil Engineers in 1828.