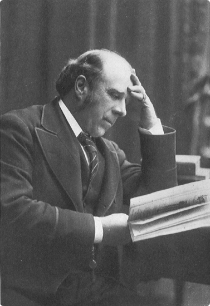 Robert Stawell Ball, astronomer and mathematician, was born in Dublin in 1840.

Robert Stawell Ball, astronomer and mathematician, was born in Dublin in 1840.

Robert Stawell Ball, astronomer and mathematician, was born in Dublin in 1840. He was educated at Trinity College Dublin where he was a distinguished student, winning many prizes. After being assistant astronomer and tutor at Birr Castle from 1865 to 1867 he was appointed Professor of Applied Mathematics at the Royal College of Science in Dublin. His excellent lectures on Experimental Mechanics were published in 1871.

Ball developed a mathematical notation known as The Theory of Screws for dealing with small movements in rigid dynamics but, unlike Hamiliton's quaternions, it was not generally adopted. He is best remembered for his popular books on astronomy, which reached a wide audience. He was also an accomplished lecturer, making three lecture tours to the United States.

Ball received many honours in his lifetime. He was elected a Fellow of the Royal Society in 1873 and he was knighted in 1886. He was president of the Royal Astronomical Society (1897-1899), the Mathematical Association (1899-1900) and the Royal Zoological Society of Ireland (1890-1892). He received the Cunningham Medal of the Royal Irish Academy for mathematical research in 1879.