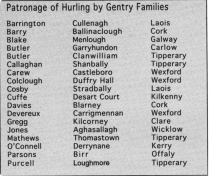 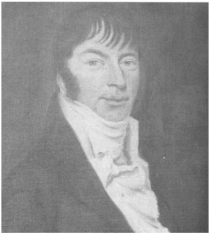 A number of factors determined the distribution of the southern game. The most important was the patronage of local gentry families, particularly those most closely embedded in the life of the local people. They picked the teams, arranged the hurling greens and supervised the matches, which were frequently organised as gambling events. The southern hurling zone coincides with the area where, in the late medieval period, the Norman and Gaelic worlds fused to produce a vigorous culture, reflected, for example, in the tower house as an architectural innovation. It coincides with well-drained, level terrain, seldom moving too far off the dry sod of limestone areas, which also happen to produce the best material for hurls - ash. It is closely linked to the distribution of big farms, where the relatively comfortable lifestyle afforded the leisure to pursue the sport.


Landlord patronage was essential to the well-being of the southern game; once it was removed, the structures it supported crumbled and the game collapsed into shapeless anarchy. The progressive separation of the manners and language of the elite from the common people was a pan-European phenomenon in the modern period. The gentry's disengagement from immersion in the shared intimacies of daily life can be seen not just in hurling, but in other areas of language, music, sport and behaviour, as the gradual reception of metropolitan ideas eroded the older loyalties. As one hostile observer put it:

"A hurling match is a scene of drunkenness, blasphemy and all kinds and manner of debauchery and faith, for my part, I would liken it to nothing else but to the idea I form of the Stygian regions where the daemonic inhabitants delight in torturing and afflicting each other".

Young boy stands guard, keeping watch for the priest. By the mid ninteenth century the clergy dissapproved of the hurling game, which had become associated with scenes of violence and immoral behaviour.

Young boy stands guard, keeping watch for the priest. By the mid ninteenth century the clergy dissapproved of the hurling game, which had become associated with scenes of violence and immoral behaviour.

By the mid-nineteenth century, hurling had declined so steeply that it survived only in three pockets, around Cork city, in south-east Galway and in the area north of Wexford town. Amongst the reasons for decline were the withdrawal of gentry patronage in an age of political turbulence, modernisation and the dislocating impact of the Famine. Landlord, priest and magistrate all turned against the game.


The older 'moral economy', which had linked landlord and tenant in bonds of patronage and deference, gave way to a sharper, adversarial relationship, especially in the 1790s, as the impact of the French Revolution in Ireland created a greater class-consciousness. Politicisation led to a growing anti landlord feeling, which had been far more subdued in the heyday of gentry-sponsored hurling between the 1740s and 1760s.

Extract from 'A Poem on the Celebrated Hurling'

Extract from 'A Poem on the Celebrated Hurling' between Colclough's Duffery team and Bantry in February, 1805.

Extract from 'A Poem on the Celebrated Hurling' -

Previous - The Geography of Hurling
Next - The G.A.A Influence