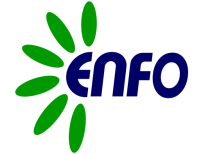 The Minamata Convention on Mercury is a global treaty that entered into force on August 16, 2017.

Mercury is a dangerous pollutant, capable of spreading over long distances - in particular through air and water. Mercury released to the environment can enter the food chain where it accumulates mainly in fish. Exposure to high levels of mercury can cause harm to the brain, lungs, kidneys and immune system.

Ireland has deposited its instrument of ratification to the Minamata Convention on Mercury with the Secretary-General of the United Nations in New York. This completes Ireland's part of the ratification process.

In completing the ratification process for Minamata, Minister Bruton noted "Releases of mercury to the environment represents a significant issue globally and particularly with respect to the developing world. While not a significant issue for us here in Ireland it is nonetheless hugely important that we play our part and Ireland's ratification of the Minamata Convention shows our clear support for this important global initiative.

The Minister also paid tribute to the role played by the EU in the development of the Minamata Convention. "The EU has been a strong global force in this area and the Minamata Convention was strongly influenced by the EU's own ambitious policies on mercury. This bodes well for other global environmental initiatives which are also important priorities for us here in Ireland."

See the full statement from the Department of Communications, Climate Action and Environment here.