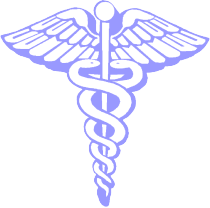 Climate change endangers health in fundamental ways. As temperatures continue to rise, so too will heat-related diseases and deaths. Intense storms, hurricanes and tornadoes will lead to flooding, and outbreaks of water-borne diseases will follow. A decline in the world’s ecosystems will also affect health worldwide, with the density of smog expected to intensify. Threats to food supply as a result of climate change are also anticipated, having obvious impact on world health.

The World Health Organisation (WHO) predicts that an increase in the levels of air pollutants will result in a significant increase in the number of respiratory diseases. WHO also warns that we are likely to witness a surge in food and air-borne diseases. Dr Roberto Bertolini, WHO's leading climate expert, has emphasied the urgency for everybody to change their behaviour towards climate change to ensure better long term health.

Heat related illness: As temperatures continue to rise across the world, extreme heat waves and droughts will intensify. Heat waves can lead to respiratory diseases and dehydration, occasionally resulting in death. Europe has already experienced the impact that heat waves can have when, in 2003, a severe heat wave killed over 30,000 people.Extreme heat stress may affect up to 1.2 billion people annually by 2100 (ScienceDirect, 2020).

The rise in global temperatures can also lead to early onset of the pollen season, which will affect the high numbers of people suffering from hay fever.

Water-borne disease: Water is essential for hygiene. The health system requires a basic level of sanitation in drinking water and appropriate treatment for controlling infectious diseases. Such a supply is jeopardised in times of flooding, for example, when water-borne diseases such as cholera spread rapidly, especially when water and sanitation services are damaged. Storms and floods are already among the most frequent and deadly forms of natural disaster. For example, in 2005 Hurricane Katrina hit New Orleans, in 2013 Typhoon Haiyan devastated the city of Tacloban in the Philippines, and in 2015 Cyclone Pam destroyed large areas of the island of Vanuatu in the Pacific.

A scarce supply of clean water leads to the risk of contaminated water, which will increase the spread of diarrhoea. During 2001-2002, a large outbreak of the norovirus infection - one of the most common causes of gastroenteritis - affected the functioning of hospitals across Ireland and the UK . Water, particularly ice, is a very effective method of transmitting norovirus. It can pass through simple filters and remain infectious despite being treated with chlorine. According to research, diarrhoeal disease is the second most infectious cause of child mortality.

Damage to ecosystems: Climate change poses serious threats to the world’s ecosystems, which will have a strong impact on human health. Water is essential for all life and if extreme weather conditions, such as drought and flooding, intensify as expected, the world’s ecosystems will begin to suffer. Forests and woodlands, for example, filter toxins out of water and contribute to providing a clean, fresh water supply. They are also essential ecosystems for the conversion of carbon dioxide into oxygen, through the process of photosynthesis. If such vital ecosystems go into decline, so too will the purification of air. At this stage, the threat of smog and related diseases, such as cancer, will increase.

Richer countries may have good health systems in place to deal with the spread of disease. However, less developed countries are finding it much harder to cope with the anticipated health problems arising from climate change. 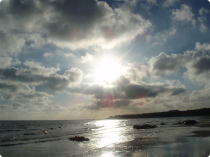 Some research evidence has demonstrated that heatwave conditions in Ireland do lead to increases in mortality. As the Irish population are unaccustomed to strong sun and heat, there is the risk of sunburn, sunstroke and the much more serious issue of skin cancer as global warming escalates. The typically 'fair' Irish skin tone is susceptible to burning before tanning. It is necessary to use very high factor sunscreen to protect ourselves and to avoid going out when the sun is at its highest around midday.

While early summer is usually the dawning of good weather for most, for some it is the start of the 'sneezing season'. Hay fever affects a large percentage of the Irish population. Plants, flowers and grasses are the main cause of this allergy and, in some years, the spring bloom of flowers can begin in January instead of April, which affects those with hay fever. In recent years, increases in carbon dioxide levels have caused an increase in pollen levels, where tree and grass pollen levels should typically be low, such as cities. This has a direct negative health impact on hay fever and asthma sufferers. To track pollen counts see the Asthma and Hay Fever Pollen Tracker.

At present, mortality rates in Ireland are highest during the colder winters. As temperatures rise, we may witness a decrease in winter mortality rates. However, as summer temperatures rise, we are likely to witness increases in heat related illnesses such as respiratory problems.This is especially likely in urban areas, where heat is retained for longer periods due to the Urban Heat Island effect. This effect is due to the bricks, stone and concrete absorbing heat like a storage heater, and then releasing the heat when the surrounding temperatures start to cool. The result is that, generally speaking, urban areas tend to stay warmer than more rural districts.

Increasing global temperatures also leads to a huge growth in bacteria. This results in higher levels of food related diseases, such as salmonella. Heavy rainfall and severe flooding is also likely to put pressure on water treatment plants, threatening the supply of fresh, clean water.