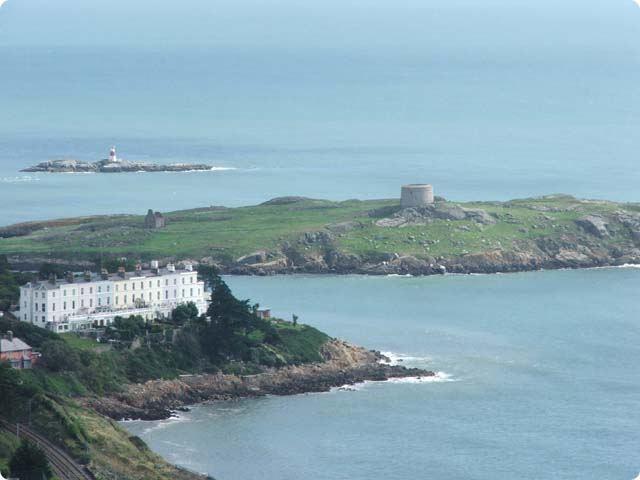 Dalkey Island is located off the coast of South Dublin , near the village of Dalkey. Its name has its origin in Viking times when it was named Dalk eyja, meaning ‘Thorn Island ’ as its shape resembles a thorn. This became Deilg Inis in Irish and was later anglicised to ‘Dalkey’. The total area of the island is 22 acres, and although it is now uninhabited by humans it is a sanctuary for wildlife. A herd of goats has inhabited the island since the early 1800s, and the waters surrounding the island are occupied by various fish species, such as Pollock, Mackerel, and Coalfish. 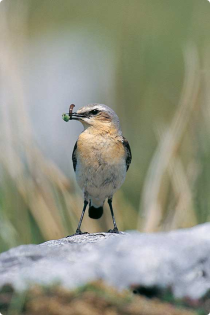 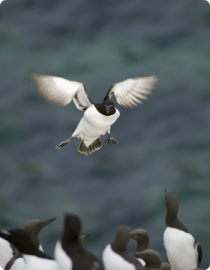 Many of Ireland’s breeding and coastal birds can be seen on the island, such as the Cormorant, Collared Dove, Dunnock, Mallard, Razorbill, Shelduck and many more.

In addition, Dalkey Island is an important resting point for migratory birds during the spring and summer seasons, for example the Swallow or the Wheatear. The Brent Goose, Red-necked Grebe, Great Northern Diver and Godwit are amongst another set of visitors to the Island that arrive for the winter period.

Dalkey Island is a very important historical site where there is evidence of continuous stettlement from the Mesolithic period through to the Early Christian period. There are remains of two churches on the island, one dating to the 7th century, while the other church dates to the later 9th/20th century period. Evidence also shows that the Vikings used Dalkey Island as a base and, as already mentioned, the island's name has its origin in Viking times.