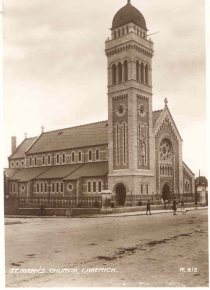 Limerick is one of the main cities of Ireland and was established by the Vikings in the 9th century. It is situated on the picturesque River Shannon and is built on a number of the river’s islands.

Much of the city’s architecture is evidence of the Norman settlement, for example King John’s Castle and St. Mary’s Cathedral. There is also some Georgian architecture from 1800s.

King John’s Castle was built in 1210 and is located on south side of Thomond Bridge. It dominates the river landscape with its two massive round towers, each three metres thick. The castle was protected by a deep moat that was fed by the River Shannon so that only a drawbridge gave access to the castle itself.

Limerick has Gateway status under the National Spatial Strategy Framework, meaning that it should act as an economic centre for the whole Mid-West region. The city also has very ambitious development plans for its environs, such as the Park Canal Restoration Project and the Limerick Docklands Initiative. These aim to regenerate the capital of the Mid-West and transform the city into a vibrant, attractive place to live and work.