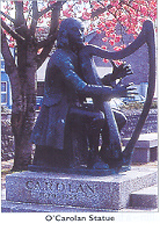 O'Carolan married Mary Maguire from Co Fermanagh. They had seven children - six daughters and one son.

He bought a house and farm in Mohill in Co Leitrim for the family. At the same time, he worked as a travelling harpist. When Mary died in 1733, O'Carolan was heart-broken.

In later years, O'Carolan went back to Co Roscommon. He wrote and played his last piece of music for Máire MacDermottroe. It is called 'O'Carolan's Farewell to Music'. He died at her home, Alderford House, on 25th March 1738. He is buried at the Mac Dermottroe family tomb in Co Roscommon. 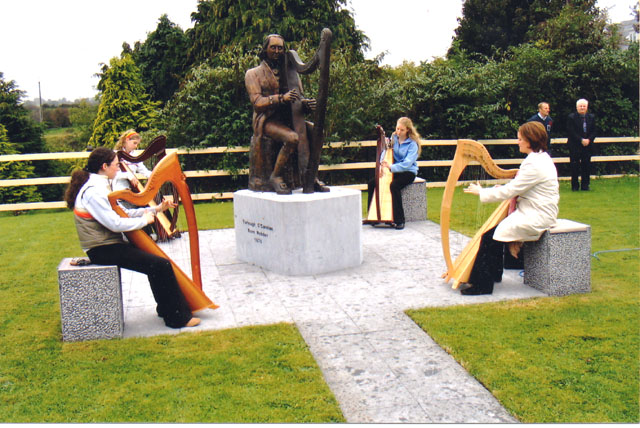 The annual O'Carolan Harp Festival takes place each year in Nobber, Co Meath. It celebrates his life and music. The first festival was held in 1988. That was the 250th anniversary of the harpist's death.