William John Leech was born in Dublin in 1881. After finishing school, he spent a year in Switzerland learning French. When he was seventeen he went to the School of Art in Dublin. He also studied at the Royal Hibernian Academy. His paintings from this time use dark colours. 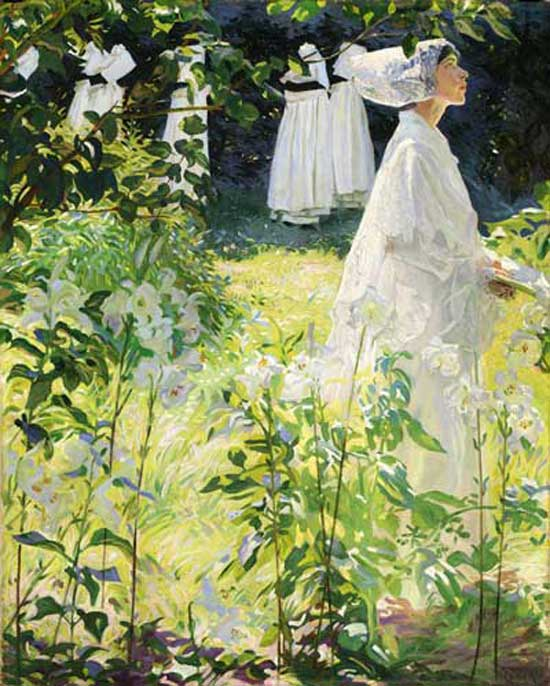 A Convent Garden (1911) by William John Leech (1881-1968)
Photo (c) National Gallery of Ireland (c) The Artist's Estate
In 1903, he left Dublin for France. He saw the paintings by the French Impressionist artists and was amazed by their work. Their paintings were full of light colours and movement. His own painting became lighter in colour from this time.