Maps became increasingly accurate in the 18th, 19th and 20th centuries. As the European powers became stronger in the Americas, Africa and Asia, maps were essential for managing the new empires. The first and second world wars required detailed, accurate maps on a scale never before created. 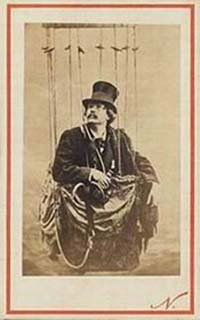 Aerial photography is the taking of photographs from the air. The French photographer and balloonist Gaspar Felix Tournachon, also known as "Nadar" was the first individual known to have taken an aerial photograph in 1858.

The practice of aerial photography expanded during World War 1 where they were used when planning attacks and defenses. It is widely used in cartography today due to the wealth of information it provides.

Why do you think an aerial photograph had not been taken earlier than the 1800's?