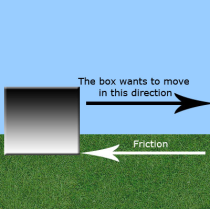 Friction is another force that would be hard to live without. It is a kind of invisible force where two things rub against each other. If the two things are smooth, say ice on glass, there is very little friction, and so a piece of ice would move very easily along glass. But if either or both surfaces are rough, say pulling something on rough ground, there is a lot of friction, so it is much harder for it to move. 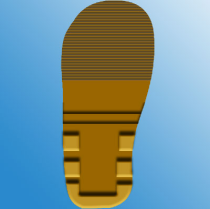 Grip on the sole of a shoe

If we did not have friction it would be very hard to walk around! Look at the soles of your shoes. Are they rough or smooth? You will probably find that they are rough. This is because you need to have some friction between your shoes and the ground. If there was none then you would slip!

Ice on the road

Ice is very smooth and so cars can skid very easily on icy roads. If the car tyres are old and smooth then it is even more dangerous, because there is very little friction. Why do you think the County Council put grit on the roads in icy weather?

But not all friction is good. Cars and bikes and lots of other machines need oil. If they did not have oil the moving parts would wear away by rubbing against each other. The oil reduces the friction. This is called lubrication.