In the 1700s, the most common method of making butter was to keep milk in an earthenware container until the cream separated and floated to the top. When the cream was set, it was scooped off with a plate or timber disc. A splash churn was used to convert the cream into butter. This was done by hand and took many hours of hard work. 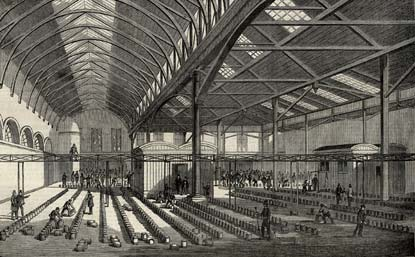 Cork butter was much saltier than the butter we eat today. There were no fridges at the time, and salt was used to preserve the butter, particularly if it was being exported to other countries. This preservation process was normally done at the Butter Exchange, where the butter was also packed and transported to the ships in the harbour.

Before the availability of salt, people often preserved butter by burying it deep in bogs. Butter was regarded as a luxury and used only on special occasions, so it had to be preserved in this manner. Even today, barrels of ancient butter are still being found in bogs. Click here to learn more about bog butter.