A Condensed History of Galway City

Founding of the City

In 1124, the O'Connors, a native Irish clan, built a fort near the mouth of the Galway River. Wars between the Irish clans led to the fort falling into the hands of the O'Flaherty clan. The Anglo-Normans, under Richard de Burgo, invaded Connaught and captured the fort in 1235. De Burgo initiated the building of a castle and town walls to protect the settlement from future attacks. 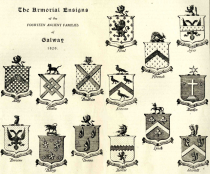 The town was secure and continued to grow and prosper. In 1320, St. Nicolas's church was built. It is still standing today. Coins were minted in the town in the 14th century. During the early 1400s, 14 families came to dominate politics and trade in the town. They were know as the Tribes of Galway.

During the next 100 years, Galway became a centre of trade. Ships carried cargos of fish, wool and leather as far away as France and Spain. Fruit, oil and wine were imported into Galway. 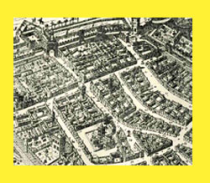 The 17th century was a dark time for the town and indeed the country. Wars in Ireland led to a siege in Galway from November 1651 until 1652. During the siege food supplies ran low and disease was widespread. When the town surrendered, the Tribes lost all of their power.

Click on the image to get a closer look at a map showing what the walled town of Galway was like in 1651.

It was another 100 years before prosperity returned to the town. A number of mills, breweries and distilleries, powered by the river, were established.

The town would be devastated another one hundred years later when the Great Famine took a great toll on the population.