George Bernard Shaw once described Lady Augusta Gregory as "the greatest living Irishwoman". Who was she and how did she come to be described in such glowing terms?

Isabella Augusta Persse was born in 1852. She grew up in Roxborough House near Loughrea in Co. Galway. She was educated at home. Her nanny, Mary Sheridan, introduced her to the local history and legends of the area. 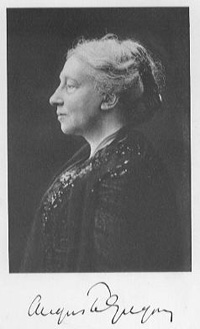 She married Sir William Henry Gregory in 1880. Sir Gregory owned an estate at Coole Park near Gort in Co. Galway. The house at Coole Park had a large library and Lady Gregory, as she was now known, was delighted to have so many books at her disposal. She travelled to Europe and further afield with her husband. She began to write poetry and prose. 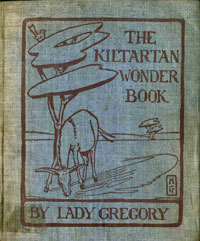 Sir Gregory died in 1893 and Lady Gregory returned to her home in Coole Park. She developed a great interest in the Irish language and began collecting folklore from around the local area. She published a number of volumes of folk tales.

Over time Coole Park became a focal point for writers who were part of the Gaelic Revival. Synge, Yeats and his brother the painter Jack, George Bernard Shaw, Sean O'Casey and many more visited Coole. They carved their initials into a tree on the grouds of the house. They can still be seen there to this day.

Lady Gregory died at home at the age of 80. Unfortunately, the house at Coole Park is no longer standing.

Why is She Remembered Today? 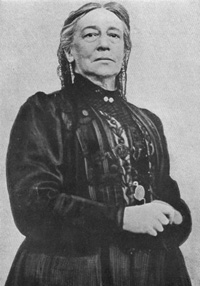 Lady Gregory played an important part in reviving interest in Irish literature at the beginning of the 20th century. She co-founded the Abbey Theatre along with W.B. Yeats in 1904 and gave Ireland its own national theatre. She inspired many of the great writers of the day.