Tara and the M3 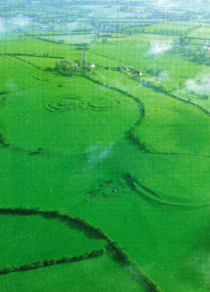 The M3 is a new motorway planned for Meath. There has been a lot of coverage in the media about it because it is to be built near the Hill of Tara. Tara is internationally regarded as an extremely important archaeological site. It was once the ceremonial capital of Ireland and plays an important part in many of the early Irish myths and sagas. It has been seen throughout Irish history as a site of enormous significance in the imaginations of poets, writers and historians.

In an article on Tara in the Irish Times in May 2007, Eileen Battersby wrote:

"Tara is a royal city, the seat not only of the high kings of Ireland but a cultural landscape in which archaeology, history, religion, mythology, folklore, literature, language, the study of place names, heritage and national identity coalesce. If Ireland has a heart, it beats here at Tara and throughout the dramatic hinterland that surrounds the complex, with its monuments, earthworks and cohesive record of settlement." 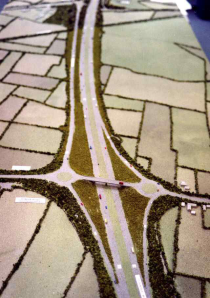 Those in favour of the M3 Motorway argue that it is a key part of local and national planning to upgrade the roads network. They say that it will improve road transport connections between the North-West and East of the country. The present roads linking the North-West, Cavan and North Meath with Dublin are some of the busiest in the country. It is argued that when the M3 is completed, drivers will be able to by-pass towns like Dunshaughlin, Navan and Kells. Some believe that if the M3 is not built now, the existing road will become less safe and more congested.

Those who wish to prevent the routing of the motorway through Tara argue that the M3 should be re-routed and have proposed an alternative route. They also maintain that there are other ways to improve the transport situation in Meath, including the re-opening of an existing railway line.

Meath is a rich archaeological landscape with areas such as the World Heritage Site of Brú na Boinne, the Hill of Tara, Fourknocks, Trim and Kells. The Government argues that every effort has been made to ensure that the impact of the M3 on the Tara landscape will be minimal. However, those campaigning for the motorway to be re-routed say that a negative impact on the environment of Tara and its surrounding area is inevitable.