Please click here to view a map of Ireland

The west coastline is shaped by intervals of steep cliffs carved out by the Atlantic Sea, the inland areas comprise of pointy peak rises above a covering of peat. The east coast is made up of low sandy beaches, dotted with sporadic rocky headlands formed by the Irish Sea. Glacial debris covers counties in Meath, Kildare, Dublin, Louth and Westmeath. The middle south is made up of mountains, valleys and slow rivers with the north midland consisting of low rounded foothills and patches of bogland and wet rushy land. Lowland and highland peat formations along with bare limestone pavements make up some parts of the west coast.

Ireland’s climate is moderate, influenced by the Gulf Stream and widespread westerly winds. Temperatures range from 4°C-7°C in the coldest months during January to February and the warmest months in July and August ranging from 14°C-16°C.

Ireland has many natural resources from which it can generate renewable energy such as solar energy, wind energy, hydro energy and biomass. These energy sources are generated through the cycles of nature so they can always be restored unlike our reliance on fossils fuels which are not only finite but have a huge environmental impact by creating harmful emissions. Ireland, compared to the rest of countries in Europe is standing up well in terms of its environmental impact and a large part of this has to do with escaping the Industrial Revolution and its polluting effect. However because of its large agricultural industry up until the mid twentieth century it has not avoided damaging the environment entirely. 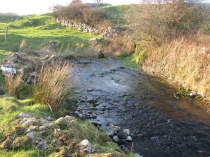 Mweelrea, Co. Mayo, is the highest mountain in Connacht.

Mweelrea, Co. Mayo, is the highest mountain in Connacht.