Irish traditional music is all of the following things: a Connemara parent soothing a child with an old lullaby, and an urchin bawling out a ballad for loose change on a city street. It is a Dublin piper dazzling his hearers with complexity and a Clare fiddler dazzling his audience with subtlety and nuance. It is The Chieftains playing for an audience of thousands in an American concert hall, and Everyman picking up a whistle at home to find and play the melody that won't leave him alone.

It is also a Kerry fiddle player playing a polka or a Leitrim flute-player playing a mazurka (both originally Polish forms); a couple of musicians in a Dublin pub playing reels (originally a Scottish form) while eight dancers perform a quadrille (imported from France); a Clare dancing master performing a solo step-dance to the sound of a hornpipe being played on a concertina (instrument and dance originally English). It is a wonderfully diverse form of music with enough corners, crannies and colour to interest and delight a person for several lifetimes.

What we now call Irish traditional music was once simply the popular music of the mass of the Irish people. Gradually changing as old material was forgotten and new incorporated, it is characterised, like all forms of folk music, by stability of form and of content.

The introduction of electronic media in the early 20th century triggered a sudden acceleration in the turnover of fashions, in music as in all else. Traditional music simply maintained its own pace as the world of novelty and fashion sped away from it, and retaining its character, quickly became isolated and recognisable as a distinct form.

Already by the end of the 1700s and throughout the following century, attention had been focused on this music, although it was then usually described as "old" (or even "ancient"), "national" or "popular" music. The terms "folk-lore" and "folk-song" were coined in the mid-nineteenth century and began to appear in connection with Irish music fifty years later. It did not become part of popular speech for another half century. In the 1960s, as the word "folk" came to signify modern songs performed to acoustic accompaniment, the word "traditional" came into use to denote the forms of Irish music rooted in older styles. 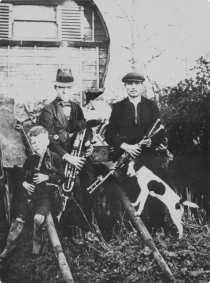 Irish traditional music consists of that large body of material, comprising instrumental music, song and dance, which owes its existence and its character to having been created and performed continuously, over many generations, by Irish people in Ireland, and to its having been transmitted in a conservative manner from player to player and from generation to generation. In the act of transmission, a value is placed upon faithfulness for example, but this is balanced by the value that is placed on the innovations, deliberately or accidentally introduced, that are considered to enhance the music while not straying outside its commonly agreed boundaries.

There are other perceptions about what constitutes Irish traditional music. Responding to the burgeoning popularity of the music in recent decades, the media and the music industry have hastened to apply the label to whatever product it suits their interests to promote, but the foregoing is the perception common among the tradition-bearers, those who hold, perform and understand the music.

While the music has been created and maintained by Irish people in Ireland, this is not to say that they alone made it, or that they made it from nothing. Irish music is a European music and is closely related in particular to Scottish and English music. For instance, 'typical' Irish tune-types like the reel and the hornpipe are borrowings from Scotland and England respectively, and popular European forms such as polkas, waltzes, mazurkas, schottisches and quadrilles also reached Ireland, settled and became naturalised, giving rise to a distinctively Irish style and repertoire for all these forms.

Again, while the music took shape in Ireland and is strongest here, it has also received an important influence from the Irish living abroad. This was crucial at one stage, in the aftermath of the Famine (1845-9), when the Irish community in America played a significant part in its survival and development. When the music was at a low point in Ireland, fiddle styles that survived and thrived in the US were to be re-imported through the medium of the early commercial recordings (Coleman, Morrison, Killoran) and their example re-invigorated the native tradition. Modifications made to the uilleann pipes in Philadelphia by the Drogheda-born Taylor brothers also crossed the Atlantic and affected the development of the instrument in Ireland. 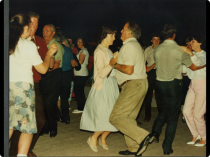 Other parts of the Irish diaspora also played their part. Enthusiasts in London initiated the great revival of dance in the early part of the 20th century, and the idea of the tavern-based 'session' is also an innovation from Britain. The music thrives in all parts of the world to which the Irish have emigrated and contributions have been made to it from every centre.

In modern times the music has spread beyond those of Irish birth or extraction and has an enthusiastic following in every country in Europe and in many other parts of the world. Particularly with the instrumental music and dance, many non-Irish performers have achieved levels of ability to match the standards of accomplished Irish players. There are Dutch, German, French and Danish pipers, dancers, singers and musicians of all kinds that can pass un-remarked in the best of Irish company. The music has in fact become the world's property in the last twenty years. Nevertheless, it is Ireland that must remain ultimately responsible for its well-being.

Next - Antiquity and Origins