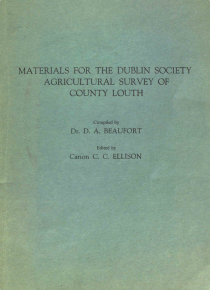 Beaufort's family were originally members of the Protestant Reformed Church of France better known as Huguenots who suffered persecution at the hands a predominantly Catholic French society. His ancestor Francois de Beaufort, survived the anti-Huguenot massacre of St. Bartholomew in 1572 and escaped to Sedan in Champagne, northern France. In the 17th century the Beauforts took refuge in Westphalia and after Beaufort's father Cornelius did a stint in the Prussian Army, he turned to the religious life and settled in London.

Daniel Augutus Beaufort was born in London 1739 before moving to Navan, County Meath where he also served as a clergyman. Beaufort's talents included education, cartography, writing travelogues and architecture. He died aged 91 in 183. His more famous son Francis Beaufort was a Royal Navy Officer, a pioneering hydrographer and developer of the Beaufort Wind Force Scale.

Previous - Louth
Next - D'Alton: The History of Drogheda