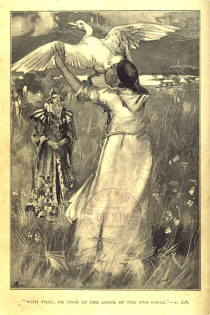 One of the most influential people in Yeat’s life was Maud Gonne, a young Irish nationalist. Yeats quickly became obsessed with her after they met in 1889 and she was inspiration for much of his poetry. Yeats married George Hyde-Lees in 1917. They had two children, Anne and Michael. Lady Augusta Gregory was another great influence in Yeats’ life, and together they wrote Cathleen Ni Houlihan and The Pot of Broth.

In keeping with his lasting fascination with Irish folklore, Yeats spent time at the British Museum of Natural History in London where he researched these subjects. In 1891 he helped establish the Irish Literary Society of London. The following year, in Dublin, he joined with John O’Leary in founding the National Literary Society to publicise the literature, folklore, and legends of Ireland.   He was especially interested in folktales as a part of the exploration of national heritage and for the renewal of Celtic identity. He completed a study with Douglas Hyde and George Russell of Irish legends and tales in 1888, which was published under the title Fairy and Folk Tales of the Irish Peasantry.

He then compiled a less detailed version especially for children in 1892. This work was Irish Fairy Tales. The tales are simple, yet unique in that they capture the rich legacy of the Celtic imagination. Yeats said, “These folk-tales are full of simplicity and musical occurrences, for they are the literature of a class...who has steeped everything in the heart: to whom everything is a symbol.” They consist of characters and creatures such as village ghosts, fairies, demons, witches, priests, and saints, inducing both tender sorrow and lighthearted mirth.

Yeats intended that the tales should embody what he describes as “the very voice of the people, the very pulse of life.” He added footnotes where old Irish words or phrases are used, giving their meaning.

Following the publication of this work, Yeats turned his attention more towards play-writing, though continuing his lifelong passion for Irish myths, legends and traditions to his death on 28 January 1939 at the age of seventy three.