Gwynn: The Life Of John Redmond 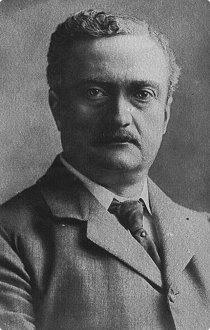 The Life Of John Redmond by Denis Gwynn was published in 1932 during a period of bitter post-Civil War recrimination within Irish nationalism, hostility between unionists and nationalists and between Ireland and Britain. It is a defence of the life and career of Parnellite nationalist leader John Redmond MP (1856-1918) who campaigned for Irish Home Rule for much of his political career. The book sought to rescue Redmond's historical reputation in the wake of the Irish revolutionary period which witnessed the collapse of the nationalist Irish Parliamentary Party.

John Redmond, in the tradition of Daniel O’Connell and Charles Stuart Parnell, was committed to political change in Ireland by peaceful constitutional means. The Anglo-Irish Ascendancy's hold over the social, political and economic life of the country had gradually been weakened while Irish nationalists increasingly asserted themselves. Prior to the outbreak of World War I in 1914 the divisive Home Rule question threatened to provoke civil war between armed unionist and nationalist movements in Ireland. Although Home Rule was won by Redmond it was postponed with the outbreak of the conflict as both sides joined the British military in large numbers. Redmond encouraged Irish nationalists to fight hoping self-government would be granted after the war and that common sacrifice would unite unionists and nationalists.

However in 1916 Patrick Pearse with a rebel force of nationalists and socialists who opposed Redmond and Home Rule, launched the Easter Rising with German help and declared an Irish Republic seeking full independence from Britain. Following their defeat, the executions of the rebel leaders aroused popular sympathy for revolutionary Irish republicanism.

Redmond , hoping to see off the threat from Sinn Féin, made final desperate efforts to implement Home Rule before he died of heart failure in 1918. In the general election later that year, Sinn Féin eclipsed the Irish Parliamentary Party. In 1919 nationalist MPs held the first meeting of Dail Eireann in Dublin and the Irish War of Independence also began the same day. Redmondite followers were permanently sidelined by the partition of Northern Ireland and the Free State under the 1922 Anglo-Irish Treaty but in the wake of the subsequent Irish Civil War, Irish nationalists were bitterly divided.

Denis Rolleston Gwynn, soldier, scholar and author was born in 1893. He was the son of Protestant Irish nationalist writer, scholar and MP Stephen Lucius Gwynn, who campaigned for Irish Home Rule with John Redmond. Gwynn would later share his father’s constitutionalist nationalist outlook. He was educated at St. Enda’s School, Rathfarnham, established by  Patrick Pearse. Gwynn went on to study at Clongowes Wood College and University College Dublin where he completed a BA and MA before fighting in World War I. Like his father, Denis Gywnn served in the British Army and was himself wounded in France . He later worked for the British Ministry of Information.

After WWI and the defeat of the Redmondites, both Gwynn and his father worked as journalists and remained in academia. Denis Gwynn became editor of The Dublin Review, and research professor of Modern Irish History at University College Cork in the late 1940’s until 1962. He was editor of Cork University Press and wrote a column for the Cork Examiner newspaper. He died in 1973.

Previous - Griffith: Meagher of the Sword
Next - Hamilton: Notable Irishwomen