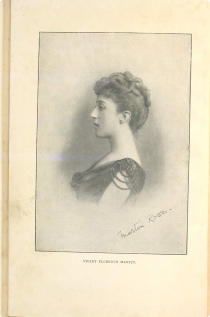 Violet Martin who used the literary pseudonym 'Martin Ross' was one of the half of the writing duo Sommerville and Ross. 'Somerville' was her cousin Edith Somerville and together over nearly 30 years they wrote many novels set in the world of the Anglo-Irish Ascendancy. Violet died in 1915 from a brain tumor.

Violet Martin who used the literary pseudonym 'Martin Ross' was one of the half of the writing duo Sommerville and Ross. 'Somerville' was her cousin Edith Somerville and together over nearly 30 years they wrote many novels set in the world of the Anglo-Irish Ascendancy. Violet died in 1915 from a brain tumor.

Irish Memories by Somerville and Ross is a nostalgic autobiographic work describing the experiences and incidents of the inseparable Anglo-Irish second cousins, Edith Sommerville and Violet Martin, based on their extensive diaries. Together they used to pseudonyms 'Sommerville and Ross.' Irish Memories covers their family history and tells us much about what life was like for young women in their time. Their travels around Ireland give the reader a rich picture of Irish social life in the late 19th and early 20th centuries dominated by class differences between the wealthy Anglo-Irish Protestant elite and the Irish Catholic peasantry in the decades prior to Irish independence.

Both women differed dramatically in their politics, Edith was an Irish nationalist, while Violet was a convinced unionist. Violet was born at Ross House, Connemara, Co. Galway, into an Old English family, one of the Tribes of Galway, one of 14 families who had dominated Galway for centuries. She was related to both Richard Martin MP and Edward Martyn, a leading figure in the Irish Literary Revival. Edith, meanwhile was born in Corfu but grew up in Castletownsend, Co. Cork. Irish nationalism was very strong in the 'rebel' county then and years later, forming her sympathetic political outlook.

Both women met in 1887 and would eventually live and work together. Edith was devastated when Violet died of an incurable brain tumor in 1915 and Somerville later claimed to have supernatural communication with her deceased cousin. Somerville supported the nationalist cause in later years after the 1916 Easter Rising and was also a suffragist in contact with Dame Ethel Smyth. All her life she was very active in sport and became master of the West Carbery Foxhounds. She died aged 91 in 1949.

Somerville and Ross’ writings have been attacked by critics for a perceived stereotype of drunken and cunning Irish peasantry although they made fun of the Anglo-Irish gentry. In the post-Civil War 1930s and 1940s, Sommerville and Ross were out of fashion in Ireland. However renewed interest in the Anglo Irish Ascendancy in the 1960s popularised their works again and later a television series, The Irish R.M. starring actor Peter Bowles, was filmed based on their stories.

Previous - Smith: The Life Of St. Columba
Next - Strickland: A Dictionary Of Irish Artists