Asia and The Pacific 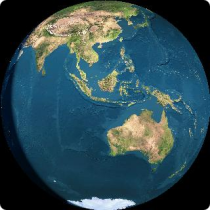 Sattelite map of Asia and Australia

Sattelite map of Asia and Australia

This vast area with its wide range of climates again on the surface did not seem to offer potential for trees that could be used in local landscapes. However again Victorian plant-hunters were to prove adept at finding areas with similar climates and species. Japan's opening up to the West in the 19th Century was to proof a fruitful areas. The archipelago is spread over several climatic zones and also has extensive temperate mountain areas. The Japanese also had a long tradition of gardening and held trees in high regards. Woodstock is very strong in Japanese conifers.

The Himalayas and mountainous areas of China were also to provide some species used in Woodstock. Here altitude provides a comparable temperate moist climate to Ireland.

Finally Australia and New Zealand due to their long isolation had unique floras. Australian plants with their adaptations to drought did not always to Irish's conditions, but New Zealand's moist climate was to provide more suitable species and has one surviving representative in Woodstock