The long-term vision for Dublin City's Sustainable Energy Action Plan was developed by Dublin energy agency Codema which acts as energy adviser to Dublin City Council. The Dublin City Sustainable Energy Action Plan follows the commitment by the Lord Mayor of Dublin, as a signatory to the EU Covenant of Mayors in March 2009, to go beyond the EU 2020 targets for reduction of CO2 emissions in the Dublin City area. Dublin city set itself a target of a 33 per cent reduction in energy consumption by 202o. 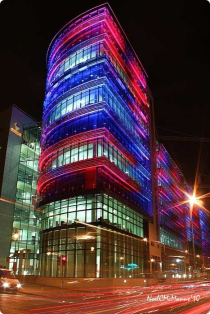 The main aim of the Action Plan is to analyse the potential for reducing carbon emissions in Dublin city in areas such as the residential, commercial and transport sectors. The Action Plan shows that Dublin has the potential to become an energy-smart city by as early as 2030, through the introduction of carbon neutral and low-energy buildings, improvements in information technology and the development of a low-carbon transport system.

In the residential sector, it is envisaged that the typical city home will have a building energy rating (BER) of C - a vast improvement on the average E rating currently held by Dublin city homes. Retrofitting of the housing market will be the main factor in improving energy performance over the next twenty years, through proper insulation of walls and attics, the introduction of low-energy lighting and renewable energy sources. Improvements in residential energy usage will not only make the city more environmentally-friendly but could allow for significant job creation.

Another major development in the housing market over the next twenty years will be the way in which a typical house in Dublin city uses electricity. At the moment, the way that electricity is used doesn't make sense – it spills out in a haphazard way all over our homes and much of it is wasted. The old 'ESB meter' as we know it will be a relic of the twentieth century and will be replaced by a smart meter with a 'brain' that knows not only how to manage the circuits more efficiently, but also knows when to buy electricity at the cheapest time and, eventually, sell any surplus electricity back to the grid at the highest price. 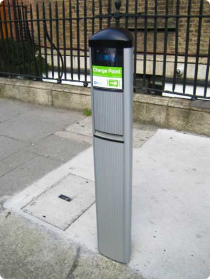 Dublin city will increase its use of renewable energy – for example, Fr Collins Park opened as Ireland’s first wholly urban sustainable park last year. Five 50 kilowatt wind turbines provide electricity for the park’s sport facilities, public lighting and water aeration. This brings the portion of renewable energy for the Council’s own use to 19 per cent. Similarly, the Water Works site in Roundwood produces 90 kilowatts of electricity from an innovative water turbine which meets all the facility’s energy needs.

The first wave of electric vehicles will become apparent on the streets within the next few years, becoming more and more common from 2020 through to 2030. They will be parked beside charging posts that they plug into to top up the charge and, looking to the future era of a smart electricity grid, may even be able to sell the stored electricity back at a profit. 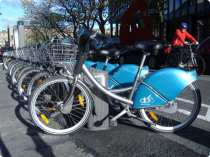 Cycling around Dublin will also become more accessible - the proposed Sutton to Sandycove Project will consist of a 22 kilometre promenade and quality cycleway along Dublin Bay, extending from Sutton in the north of the city through to Sandycove in the south, incorporating major hubs such as the Irish Financial Services Centre along the way. Since its introduction in 2009, the DublinBikes rental scheme has been phenominally successful and the city council have plans to extend it further, making eco-travel across the city more accessible.

The typical office in Dublin in 2030 will also have the potential to reduce its electricity bill by 23 per cent, through clever lighting systems and advances in communications technology. The way that businesses operate will change dramatically, driven by future advances in intelligent communications technology and faster broadband. While connectivity between people will certainly evolve further through future generations of today's mobile phones, computers, e-conferencing and satellite navigation, some of the devices that will be in the everyday office of 2030 are simply unimaginable today.

In its plan to become an energy-smart city, Dublin will also look to its European neighbours for stimulation and innovation of the green economy. Codema has partnered with countries in North-Western Europe to create a network of sustainable renovation suppliers under the

project. The GREENOV project aims to develop the economic sector sustainable renovation by stimulating innovation within small and medium enterprises across North-Western Europe. It will offer training and support services to innovative SMEs and will allow for valuable information-exchange to improve the knowledge and expertise of sustainable renovation of existing buildings among suppliers. The project will also help to increase competitiveness among these suppliers, while finding effective solutions for the development of low carbon cities. GREENOV will help local contractors and suppliers to bid successfully on tenders for energy refurbishment works that are now open to competition from abroad.

Previous - Dublin: Green Capital of the future?
Back to