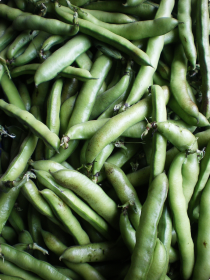 Some of the harvest from Kinsale Green Growers

Some of the harvest from Kinsale Green Growers

Kinsale Green Growers were established in 2010 with the Community Supported Agriculture (CSA) Scheme based in Kinsale, Cork. Under Community Supported Agriculture Schemes, growers are supported through the period of time when they are working hard to grow the vegetables. The scheme reduces the financial risks for the producers and increases the quality of food for the members and the care given to the land.

The owners of Kinsale Green Growers, Aimi and Becca, grow vegetables for members in their 2.5 acre garden. At the beginning of the year, they opened up 30 membership spaces to the public. Each membership cost 100 Euro, which acts as a deposit and part payment for the vegetables to come later in the season. Each week from June, through till winter/spring, the members receive a bag of freshly harvested vegetables, straight from the garden. The membership fees also go into buying seeds and equipment for the coming season. 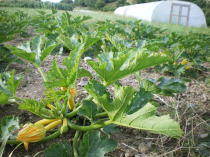 Kinsale Green Growers use natural fertilisers, eliminating greenhouse gas emissions associated with chemical fertilizers. They also compost their own waste, which is used on the farm also.

Kinsale Green Growers use natural fertilisers, eliminating greenhouse gas emissions associated with chemical fertilizers. They also compost their own waste, which is used on the farm also.

One of the main benefits for members is that they receive fresh, seasonal and locally grown food. Many members of Kinsale Green Growers have commented on 'rediscovering' what vegetables really taste like and have changed the way they cook.

Such schemes bring the producer and consumer closer together. Members of Kinsale Green Growers are invited to tours of the garden, harvest parties and receive monthly newsletters throughout the growing season as well as recipes to go with their vegetables. Customers used to the endless supply of food that fill our supermarkets, can witness first hand the reality of food growing, such as the seasons in which it grows and the efforts it takes to produce it. Members are given a deeper connection to their food. Members are also welcome to come and help out in the garden if they would like to see how it is done or if they would like to learn a little about growing food. 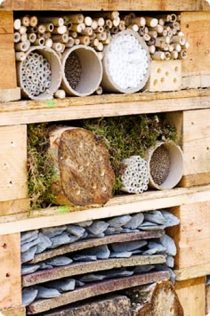 In addition, as the food is produced locally, it has a lower footprint than food that has to be transported in. Kinsale Green Growers use natural fertilisers, eliminating greenhouse gas emissions associated with chemical fertilizers. They also compost their own waste, which is used on the farm also. However, the small amounts mean that it only covers a very small portion of the 2.5 acres. Recycled pallets are used as compost bays.

The non-organic grower will control pests using artificial sprays; unfortunately many of these sprays will also kill off other insects including the natural predators of the pest in question. In this system, there is no chance for the natural balance to be upheld and the pest be kept in check naturally. Kinsale Green Growers have designated areas which are solely for the insects. By encouraging a healthy and balanced ecology problem pests should be kept at bay, or at least that their numbers will be small and not so devastating. These diversity areas have also been sown with flowers to attract bees and promote natural pollination. In order to encourage biodiversity, an insect hotel was built, with the help of the members.

2010 was the farm's first year of production in its current form. In 2009 Aimi and Becca were growing food on a small 400 square metre plot and supplying veggie boxes to friends from September until December time. This initial learning experience allowed them to upscale. The Community Supported Agriculture was attractive because it provided initial investment capital for things like polytunnels, crop protect netting and seeds, as well as providing food locally and reconnecting people to how food grows and sustainable food systems. One of the biggest challenges was attracting members and gaining trust. The idea is quite new to Ireland and people can be sceptical about paying 100 euro up front 3 or even 6 months before any vegetables will be seen. Kinsale Green Growers worked out how many memberships they would need and how much they would have to charge. They then advertised in local papers, dropped flyers through doors and created a website. They tried to create a professional image, while also being fun and friendly. Gradually, new members started to trickle through.

Kinsale Green Growers also provides some other opportunities. In the spring time of 2010, they ran a beginners 6 week vegetable growing course. First time allotment holders next door to the farm were shown how to get started in vegetable growing. 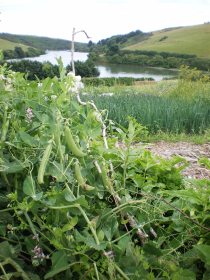 Kinsale Green Growers have been receiving great feedback and good word of mouth and hope that they will be able to attract even more members in the coming years. They pin their success on the fact that people really do care where their food comes from and care about protecting the environment where they can. Schemes like this give people the option to be green that they just wouldn't have otherwise because not everyone can grow their own. The founders were involved in Transition Town Kinsale (TTK), which was a big inspiration. While the long hours meant they had to scale back their involvement in Transition Town Kinsale, this Community Supported Agriculture scheme helps make the vision that Transition Town Kinsale promotes a reality.

Life has changed a great deal for the Kinsale Green Growers since starting the growing business in 2010. They have been working in the garden 7 days a week since the beginning of March of that year. In the evenings there are also accounts to do, newsletters to write, e mails to send to members and meals to cook with the vegetables! Winters should be quieter and provide more time to pursue some hobbies and make plans. However, Aimi and Becca consider that ‘no matter how long the days, there is a wonderful feeling from working in nature, from growing good food whilst the bees hum and the birds tweet and right now we know we're in the just the right place doing the right thing.’

Previous - Videos
Next - Healthy Food For All, KASI Community Garden