The city of Dublin is home to some of the finest examples of surviving Georgian architecture. Many of today's major public buildings are Georgian in style. The Custom House, considered to be one of the most important architectural buildings in the city, the Four Courts, the Rotunda Hospital (Europe's first maternity hospital built in 1750), Leinster House, and the Phoenix Park are some of the most impressive legacies of our Georgian heritage. Of course, one of the most iconic images of this era is the vibrantly coloured Georgian door. 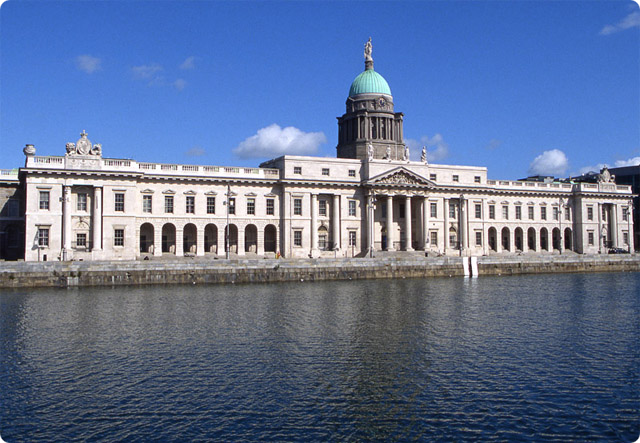 Although Georgian Dublin adapted its name from the reigning period of the four King Georges between 1714 and 1830, this style of architecture had its antecedents prior to 1714 and continued after the death of King George IV in 1830 until it was replaced by the later Victorian style.