Mountshannon House and the Fitzgibbons 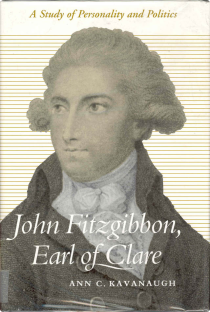 Home of the powerful Fitzgibbon family, the story of Mountshannon House encapsulates the rise and subsequent demise of the ascendancy class in Ireland.

Extracted from Village by Shannon : the Story of Castleconnell and its Hinterland by Joe Carroll and Pat Touhy

By far the largest and most impressive house to be erected in the Castleconnell area was Mountshannon Mansion. It not only laid claim to have been one of Ireland's most beautiful mansions, but also earned its place in the annals of Irish history by virtue of its association with the controversial personage of the notorious first Lord Clare, Black Jack Fitzgibbon.

Erected on a 900 acre estate of the best of arable land, about two miles on the Limerick side of Castleconnell, Mountshannon was bounded on the west by the Shannon and by the Mulcair river on the south and the estate extended from Newgarden to Annacotty. Almost half the domain was once covered in trees, Mountshannon Wood, that skirted the estate and secluded from prying eyes this noble and often mysterious mansion where few - apart from the aristocracy - dared to venture near.

Magnificent Mountshannon with its seven-bay entrance portico on four huge Ionic columns. It is said that the house had three hundred and sixty five windows - one for every day of the year and that the entrance hall was so wide that a coach and four could easily be driven through it.

The estate and house were serviced from the working area where there was quite a number of buildings including servants' quarters, stewards houses, stables, coach houses, laundry, its own gas making plant and several other utility buildings which made this area in itself larger than many an Irish village.

Some of the great features of the estate were its beautiful gardens and rolling parklands which were laid out and landscaped by John Sutherland, one of the most famous landscape gardeners of the time and who was responsible for designing many of the splendid country gardens of Great Britain and Ireland. In its heyday Mountshannon employed an army of gardeners and estate workers. In summertime work for the gardeners began each day at first light as they had to have the day's work finished and everything in order before the guests of the mansion rose to take breakfast on the lawns and spend their days in the delightful surroundings of the estate gardens. During the summer months as many as a hundred guests would be in residence there.

Next - The Fitzgibbon Years