Dun Laoghaire-Rathdown County was defined in the re-organisation of the local authority administration of 1994. Its history is closely related socially to that of the city of Dublin. In this sense it differs from many areas of the country, and their experience of the estate life closely bound up with local landlords and their control of land resources.

The area around the coastal area of the county including Dun Laoghaire (or Kingstown), had an early reputation as a health resort within easy reach of Dublin. It was that which early on attracted sucessful merchants and businessmen as well as landlords from the country to its area where they built their houses. The wealth generated in Dublin was represented in the villa type of houses built in the area. Classic landed-estate demenses, laid out in the eighteenth-century are to be found at places like Marlay Park, which remains largely intact.

The Dun Laoghaire-Rathdown County Library Service holds a number of sources for the investigation of the history of the "Big House" in the county area. These pages aim to show some of the images, often sourced elsewhere in the development of the collection, and a brief contextualisation. 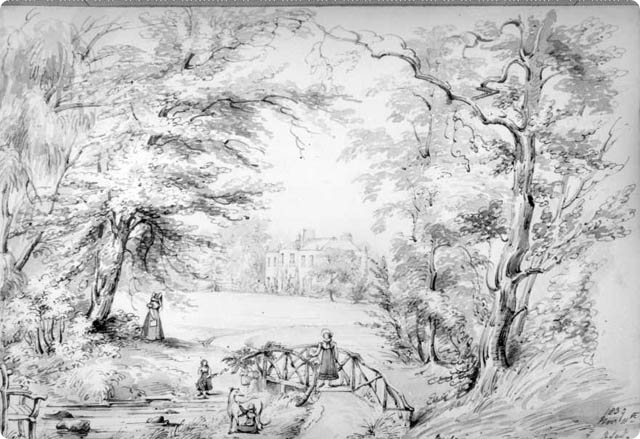 Marlay Park Demesne
courtesy of The National Library of Ireland

Next - Marine Villas: Frascati and Maretimo