What is myth? Something fundamentally untrue? A fictitious story? Or a narrative, set outside the day-to-day world we know, in a time before time, which contains fundamental, symbolic truth for the people who tell it?

Myth is distinguished from legend by being set in a primordial, ancient time; the characters are either deities or of a sacred nature; it is fundamentally supernatural and closely linked to religion; and the story may have a deeper appeal to the unconscious than, say, a folktale.

Significantly, a legend is presented as a story containing events that could happen to ordinary people going about their day-to-day business, even as it contains supernatural or extraordinary events, whereas a person telling a myth does not credibly believe he has a possibility of experiencing or being a participant in the story’s event. 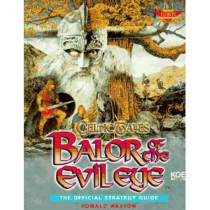 Balor of the Evil Eye is the subject of many literary interpretations, including illustrated children's books and fantasy novels.

Balor of the Evil Eye is the subject of many literary interpretations, including illustrated children's books and fantasy novels.

The myth speaks to human experience, making an appeal to the unconscious, suggesting a tangible sense of a reality just out of our reach. Small wonder, then, that it has inspired generations of artists, poets, and authors. George Lucas was moved by the structure of myth to write the story of Star Wars. Modern film-maker Guillermo del Toro employed mythic elements in his 2006 film Pan’s Labyrinth.Contemporary author Neil Gaiman draws liberally from mythology in his novel Anansi Boys, while perhaps the most famous use of myth comes from JRR Tolkien’s The Lord of the Rings.

Previous - Fionn and the Fianna:Further Readings
Next - The Irish Mythological Cycle