The year 2009 marked the 400th Anniversary of the granting to Kilkenny City of its main Charter confirming its City Status by King James 1.

To mark this important occasion, Kilkenny Local Authoritities in conjunction with a variety of agencies including the County Library organised a wide variety of events in the City throughout the year. Events are aimed at all ages , interests and tastes. The main areas covered were:

Details can be accessed at the Kilkenny 400 web-site. 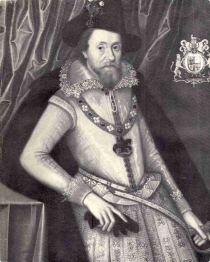 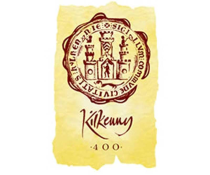 The Charter itself consists of five skins written in black ink in Latin. The Charter allowed the combining of the old city boroughs of Irishtown and Kilkenny together with the parishes of St. Canice's, St. Mary's, St. Patrick's and St. John's. This new entity was to be known as the County and City of Kilkenny as distinct from the County itself.

The City had a Mayor - Thomas Ley assisted by no less than six and no more than eighteen Aldermen. Two sheriffs were also appointed. The Mayor and citizens also were to appoint a town clerk who was known as clerk of the Tholsel.

Next - Conquest and Foundation