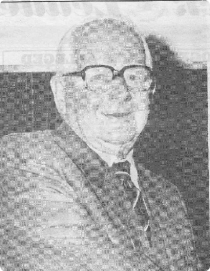 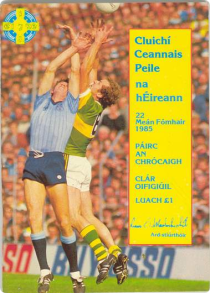 Sťamus ” Ceallaigh was one of the great chroniclers of the history of Gaelic Games. He was Kilkenny-born but lived most of his life in Limerick. He was a prolific writer on all things G.A.A. and contributed reports and columns to newspapers such as The Limerick Leader and The Irish Independent over the course of more than 50 years, from the 1930s to the mid-1980's. He was also editor and author of several important books of G.A.A. history.

As well as pursuing his work as a writer Mr. ” Ceallaigh accumulated a massive collection of G.A.A. related materials. He bequeathed this collection to Limerick City Library and the library has held the ” Ceallaigh Collection since 1989.

This site explores a few themes extracted from the collection.

Theme 1: The Contents of the Collection

An exhaustive listing of the entire contents of the collection is a task for a later time but we feel that there is enough detail in this listing to give a fair indication of the scope of the collection.

As well as listing the content of the collection we have tried to give a taste of its flavour by enabling the user of the website to look more closely at various specific items in the collection. 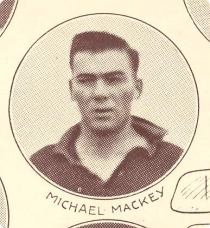 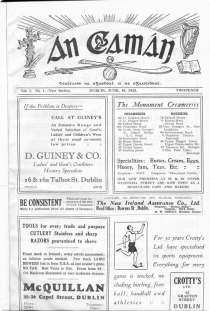 The second theme is a collection of biographical studies, written by Seamus ” Ceallaigh himself and originally published in The Limerick Leader, of great sportsmen from Limerick. This collection of biographies naturally focuses mainly on hurling and Gaelic football stars but also includes many of the great athletic stars from Limerick who were prominent in the first half of the 20th century. It is hoped that the memory of these great athletes, who have largely been forgotten in recent years, will be revived through the aegis of this site.

Among many great hurlers in the history of Limerick GAA Mick Mackey stands out as a true giant of the game. No debate on the great players of the past fails to include Mackey's name. Here we include the 14-part article written by Sťamus ” Ceallaigh which was published as part of the Great Limerick Sportsmen series in The Limerick Leader.

One of the most significant parts of the ” Ceallaigh Collection is the collection of journals. The earliest jounal here is Gaelic Athlete with issues from 1914 & 15 and the collection runs up to the late 1980s. This is, of course a magnificent resource for the study of GAA history.

This site is a mere dip into the vast sea that constitutes the ” Ceallaigh Collection. If you have any queries contact Limerick City Library at mmaguire@limerickcity.ie

John J. Flanagan photograph -
Next - Content of the ” Ceallaigh Collection