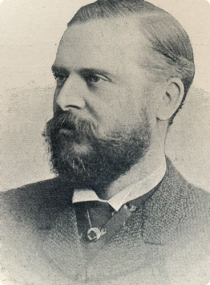 Lord Greville who lived at Clonhugh House outside Mullingar was MP for Westmeath from 1865-1874. He was Master of the Westmeath Hunt from 1886-1893

Lord Greville who lived at Clonhugh House outside Mullingar was MP for Westmeath from 1865-1874. He was Master of the Westmeath Hunt from 1886-1893

Lord Greville who lived at Clonhugh and who was MP for Westmeath from 1865 to 1874 succeeded Captain Clark as Master in 1886.

It was during Lord Greville's tenure that a by-law was put on the statute books of the Hunt in 1887 which stated that "The name of a proposed new member be submitted through the Hon. Sec to the Committee on being proposed by a member of the Hunt; that the Committee may; if they think necessary call a general meeting and submit the name for admission".

The minimum membership subscription at that time was Ł5.

However in November of the same year at the instigation of Lord Greville "farmer" members were admitted on payment of a yearly subscription of two guineas. This was the first resolution of its kind ever passed in an old established Hunt and brought about a material change in the Hunt as a club for the landed gentry only.


The custom of using whistles to call the hounds was also at this time. A number of English regiments who were quartered in Mullingar Barracks among them the Royal Irish Rifles and The East Lancashire regiment became members of the Hunt during this period.

Lord Greville was also Chairman of the Newbrook Racecourse and the Hunt races were run there in the 1890's. He along with a board of local directors developed the racecourse during the period of his Mastership of the Hunt Club.