It so happened that one day, not long after Fionn had come to study under him, that Finnegas went fishing and finally caught the Salmon. ‘I’ve caught it! I’ve caught it!,’ he cried happily.

He immediately reeled it in and ran up to Fionn with the Salmon in his arms.

‘You must cook it straight away!’ Finnegas ordered Fionn, dancing and skipping with excitement.

As Fionn began to set up the fire and spit in order to cook the Salmon, Finnegas warned him, ‘Cook it, but whatever you do, do not eat a single bit of it!’

Fionn nodded and went about cooking the Salmon while Finnegas went to fetch some extra firewood.

Upon his return Finnegas found the Salmon laid out and ready to eat. He looked at Fionn and thought he saw something different about him, as though the light of wisdom now shone in his eyes.

‘Have you eaten any of the Salmon?’ he asked Fionn anxiously.

‘I have not!’ Fionn replied.

‘Have you tasted its skin?’ he continued to enquire.

‘I have not!’ Fionn replied, ‘but when I was turning it on the spit I burned my fingers, so I put my thumb into my mouth to ease the pain.’ 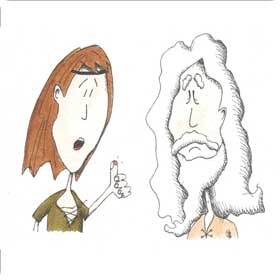 Finnegas’ heart sank. ‘That’s enough!’ he told Fionn, ‘You have tasted the Salmon of Knowledge; in you the prophecy is fulfilled. You are the one who has gained all the knowledge of the world.’ 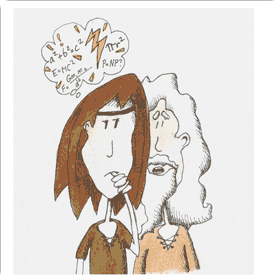 He then ordered Fionn to eat all of the Salmon.

However, when Fionn was finished he realised he didn’t feel much different nor did he feel any wiser than before. When he told this to Finnegas, Finnegas replied, ‘If it was your thumb you first burnt, then place it in your mouth.’

Fionn did as Finnegas suggested and immediately all the knowledge of the world rushed into his head.

‘You must go now! There is nothing more I can teach you,’ Finnegas informed him, ‘You are destined to become a wise poet, warrior and leader.’

And so it was that when Fionn grew up, he did indeed become a wise poet, warrior and leader. He became a great leader of the Fianna, the greatest band of warriors Ireland has ever known.

Previous - The Salmon of Knowledge
Back to