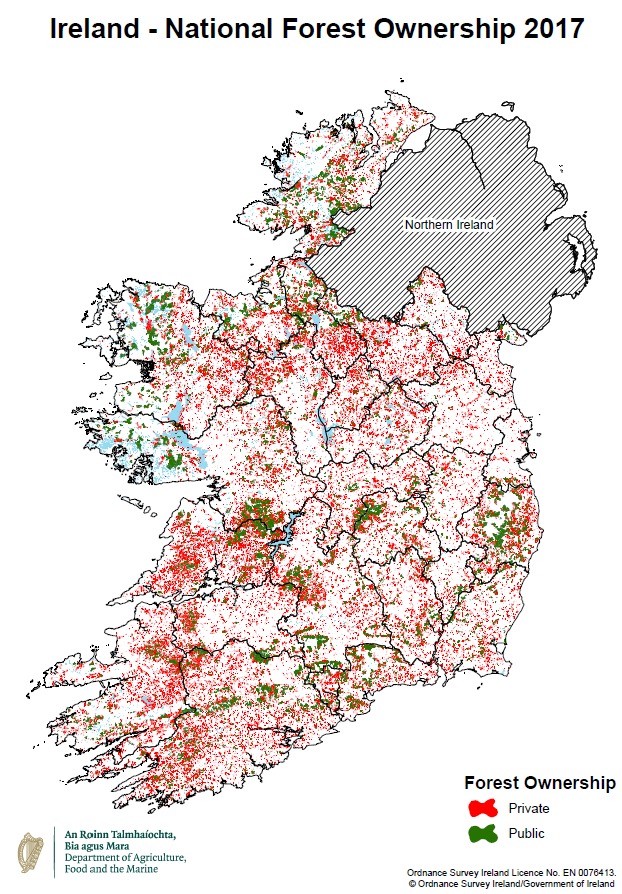 A forest is characterised as land with a minimum area of 0.1 ha under stands of trees 5 m or greater, having a minimum width of 20 m and canopy cover of 20% or more within the forest boundary; or trees able to reach such thresholds.

The Annual Forest Sector Statistics Report published by the Department of Agriculture, Food and the Marine (DAFM) in 2020 provides a comprehensive overview of the state of Irish forests. Specifically, in Ireland: